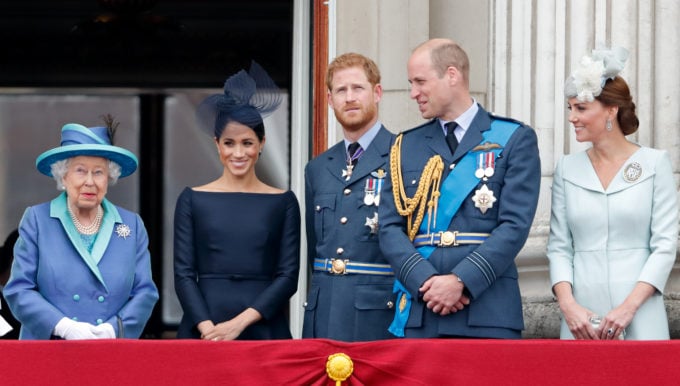 Are you watching The Crown? Season Four was released last month, creating a wave of royal-mania — especially when it comes to the clothes. That’s also the topic of journalist Elizabeth Holmes’s new book, in which she talks about how the Queen, Diana, Kate and Meghan have used fashion to send messages. Here are five of Elizabeth’s favorite looks… 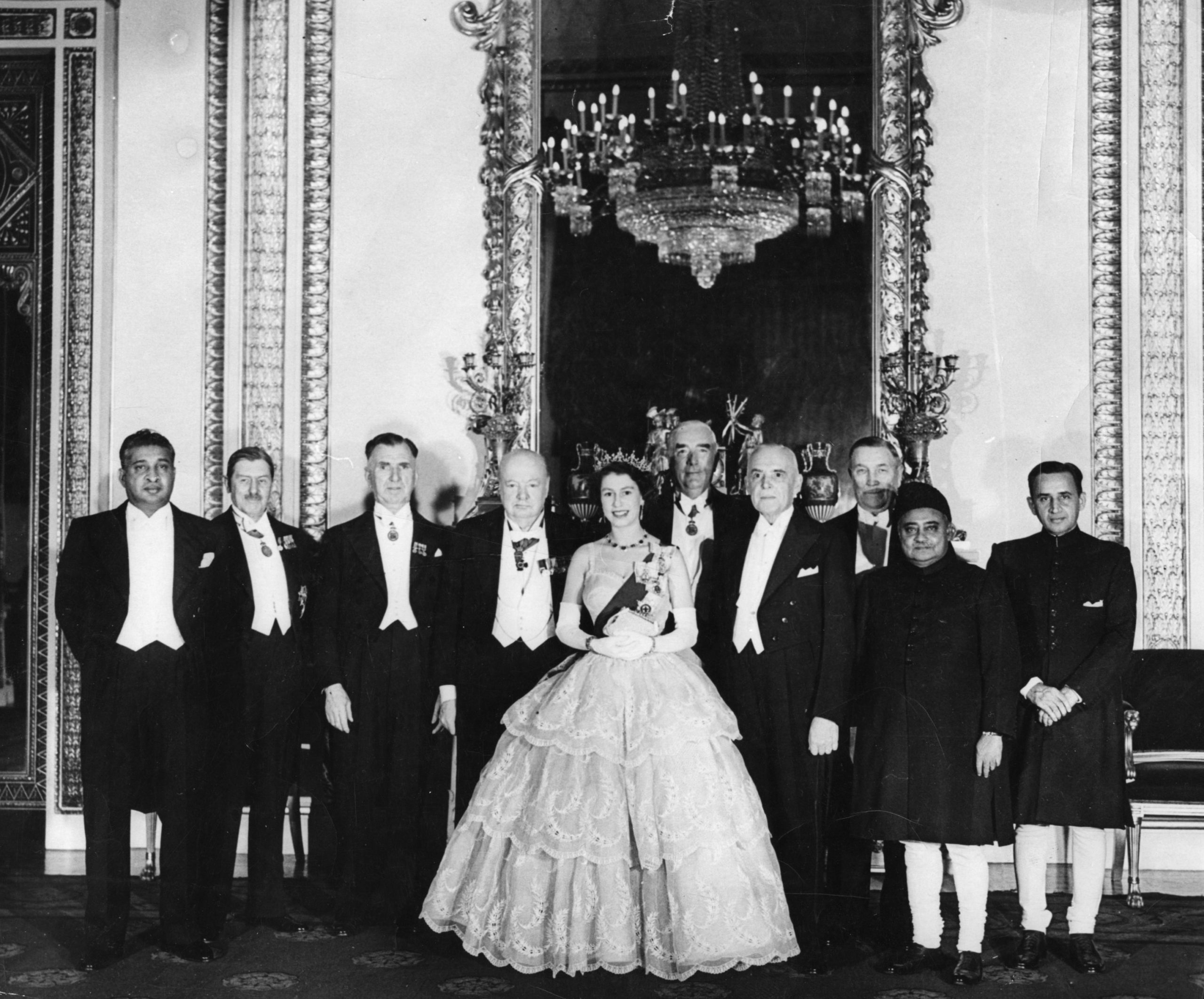 “When Queen Elizabeth II ascended to the throne in 1952, she was just 25 years old, a very young woman among male leaders. The Queen used her clothing as part of a charm offensive, dazzling at home and abroad. I love this shot from December of that year, taken at a meeting with prime ministers at the Commonwealth Economic Conference. Her tiara and the layered full skirt of her gown make such a fabulous contrast to their serious suits.” 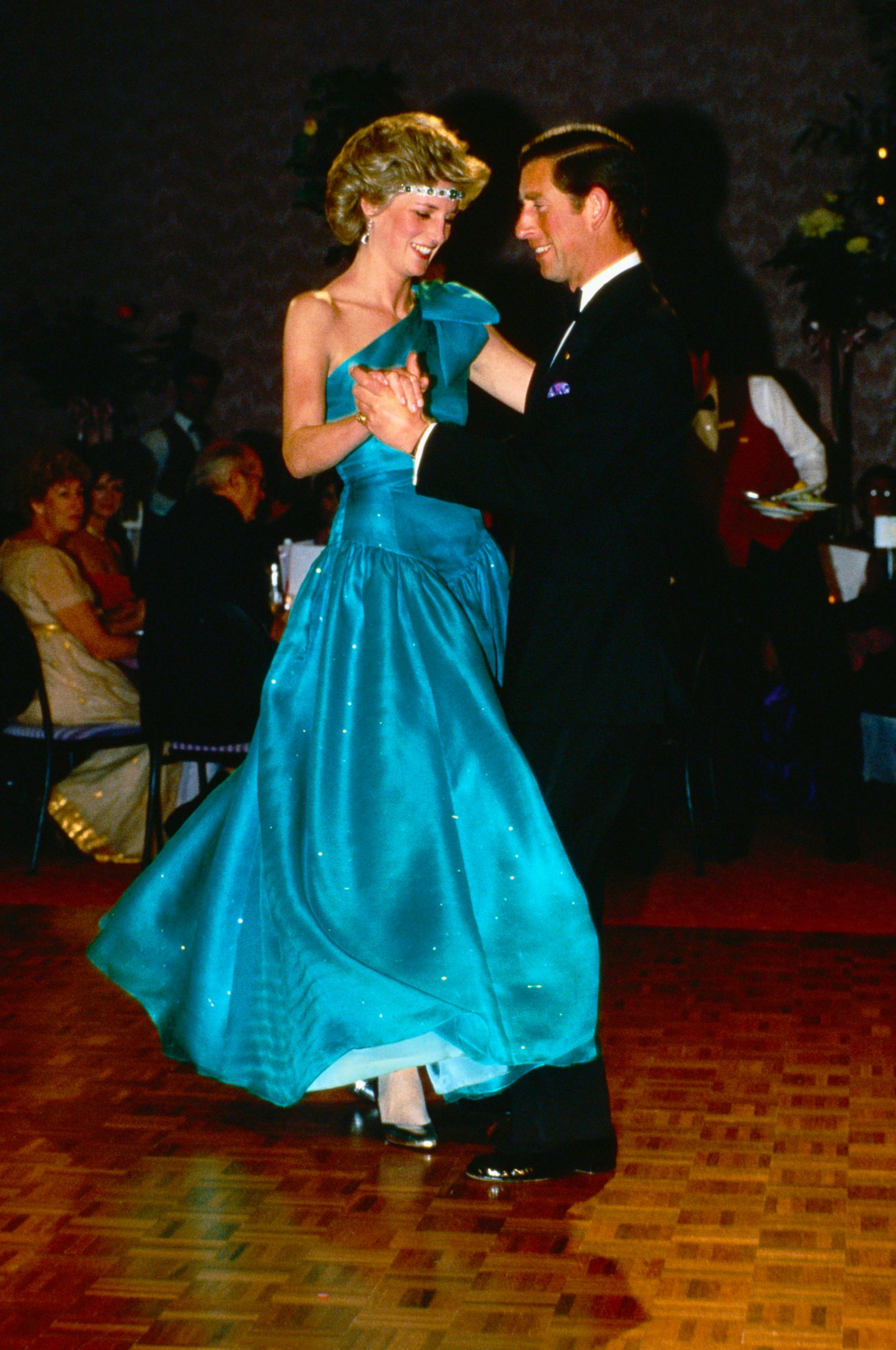 “When Lady Diana Spencer entered the picture as Prince Charles’s 20-year-old wife in 1981, she made fashion exciting. The young nursery school teacher, clad in long skirts and baggy sweaters, sought the advice of British Vogue editors as she settled in at Buckingham Palace. This one-shoulder teal gown on a trip to Australia is a favorite of mine; perfect for twirling and would you look at that big bow? The spirit with which she approached royal style is seen in her headband, fashioned out of Queen Mary’s emerald choker.” 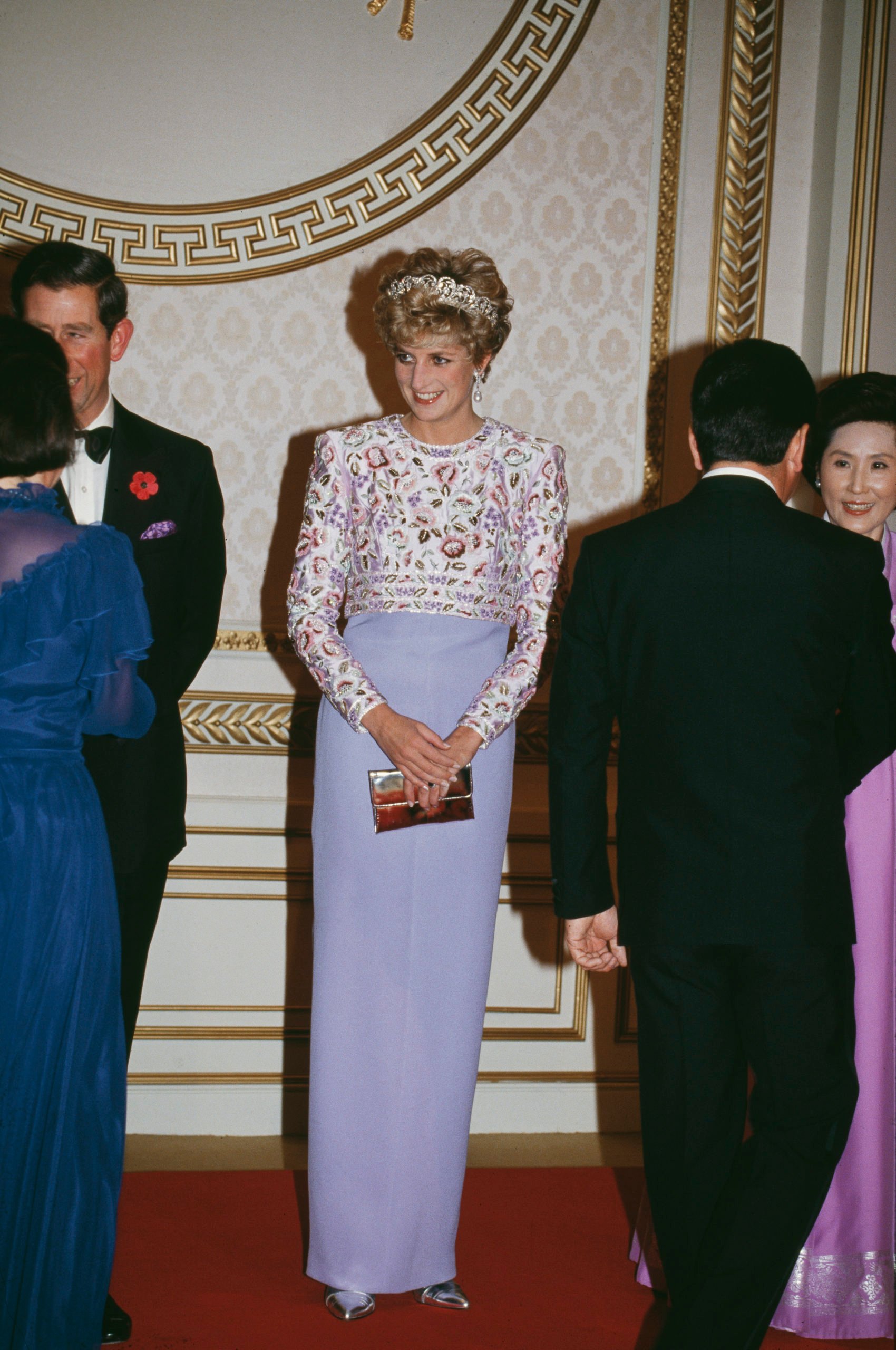 “Here, in 1992, Diana‘s marriage troubles with Charles were deepening. He often tried to use her clothing against her, painting her as shallow and frivolous. In response, Diana shed the girlish pieces in favor of sleeker, more sophisticated silhouettes. Above, she has replaced the skirt of this beaded Catherine Walker gown with a straighter style.” 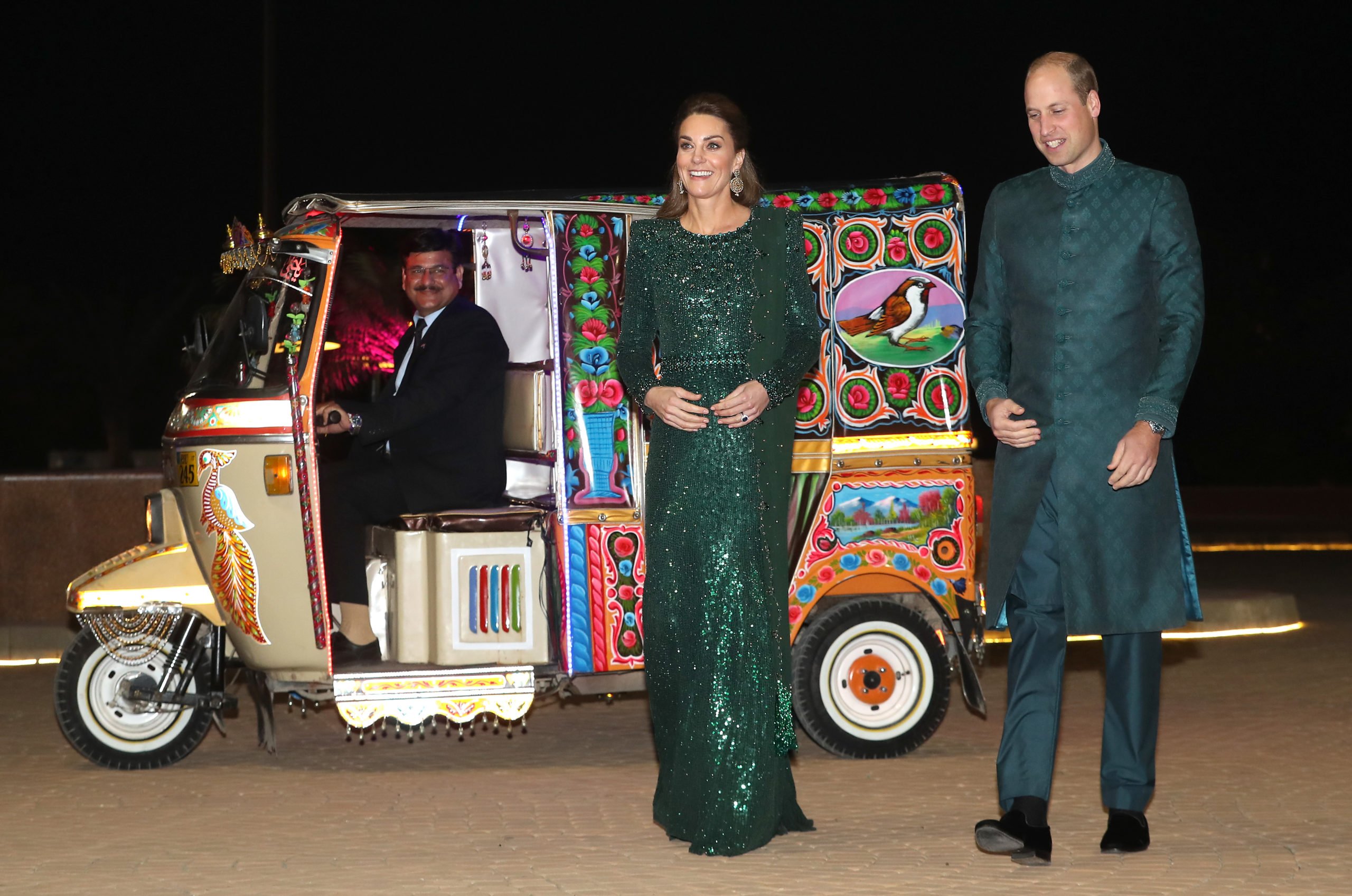 “The new Duchess of Cambridge introduced a novel concept to the monarchy: relatability. Her off-the-rack clothing choices contributed to her every-girl appeal. Kate adopted several Queen-like approaches to dressing, including wearing nude pantyhose and favoring a handful of labels. The beaded gown Kate wore on a 2019 tour of Pakistan was by Jenny Packham, one of her trusted designers. The emerald shade was reminiscent of the country’s flag, while the shoulder scarf was a nod to traditional dress.” 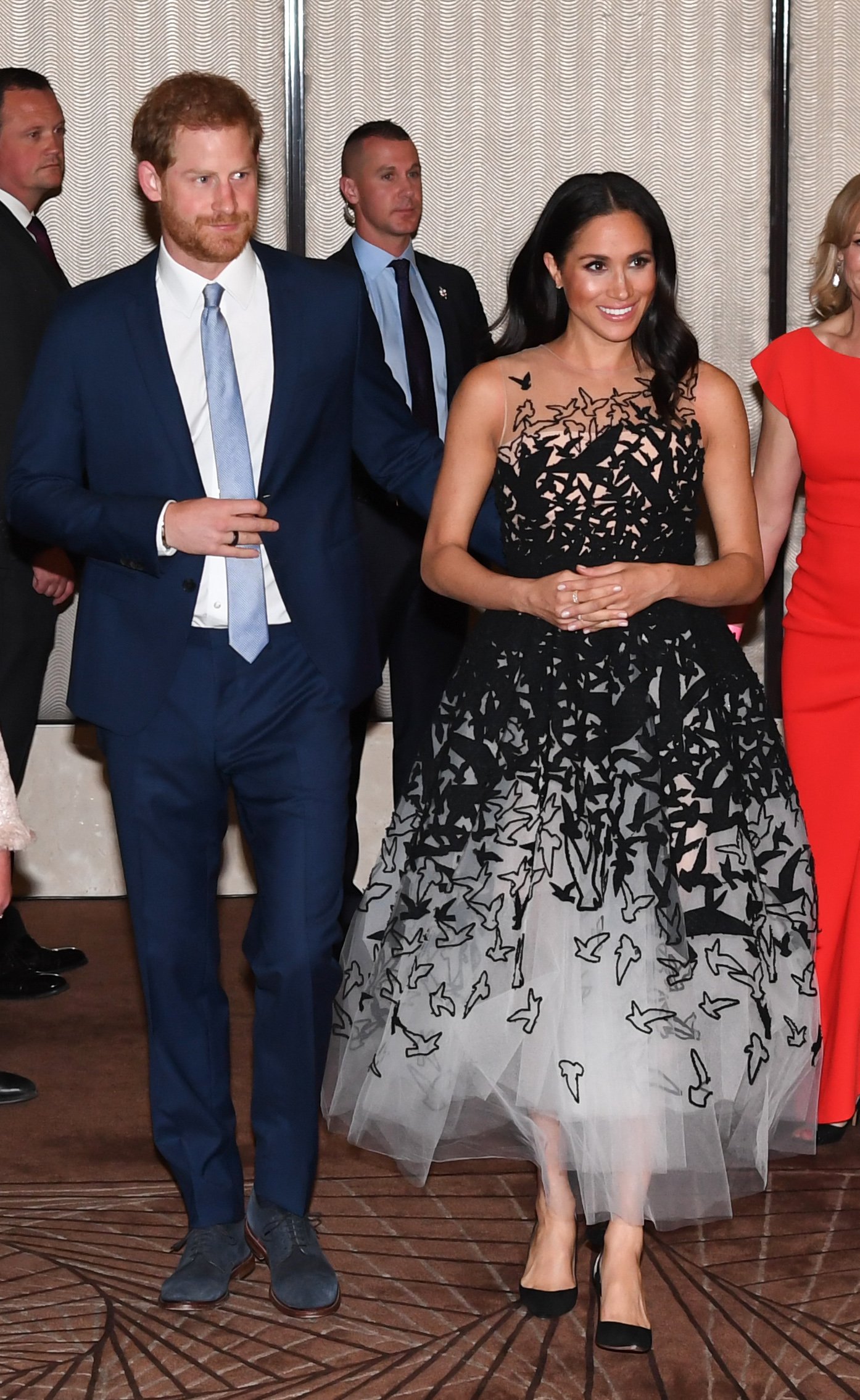 “Meghan Markle brought a welcome modernity to royal fashion when she wed Prince Harry in 2018. The future Duchess of Sussex was an accomplished actress; she knew the language of fashion and was able to dive right in. The Sussexes’ epic tour of Australia, New Zealand, Fiji, and Tonga included my favorite gown of them all: this Oscar de la Renta bird dress. It made a statement in her signature neutrals — not an easy thing to do — and gave a quintessential American luxury brand a moment in the royal spotlight.” 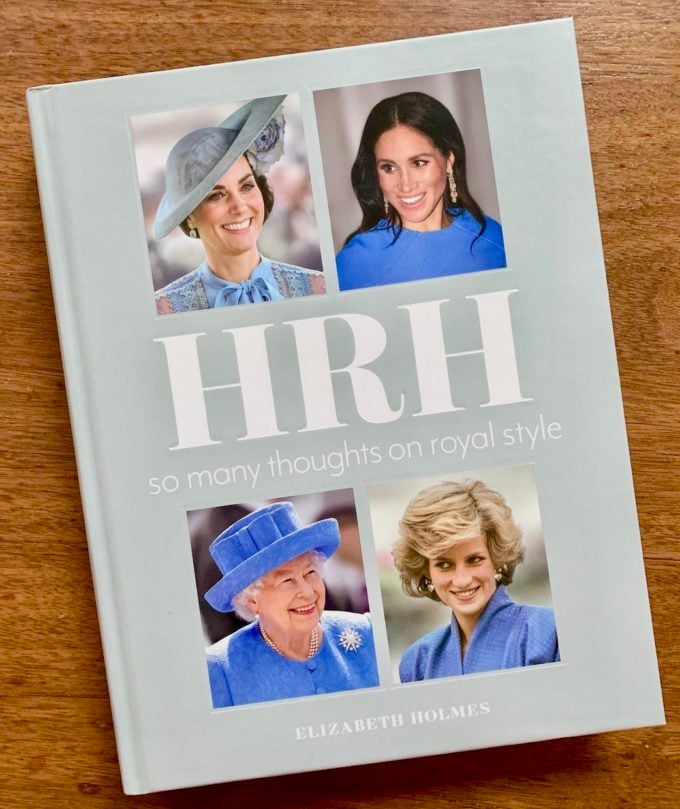 “We can never know what a royal woman is trying to say with her outfit. The family is famously tight lipped! But connecting the dots, parsing the possible message, is a way of honoring this effort. I find their savvy incredibly inspiring, proof of the power of fashion.”

Thank you so much, Elizabeth!

P.S. Kate’s meaningful dress choice after having a baby, and how to dress like a celebrity.